Menu
No products in the basket.
£0.00 Basket
SHAPE-SHIFTING 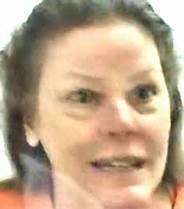 David Icke recently appeared on a mainstream politics show called This Week. He was asked if he still believed that the Royal family for example were shape-shifting lizards, to which he of course stated that he did, which has been his stance for many years. So how can this happen?
Mammalian DNA and Reptile DNA do not mix, and when they meet the most dominant at that time will become the most manifest. When the likes of the Queen allow entities to use her physical vessel and thus enter this realm this is what is occuring and there have been many documented witness cases where prominant members of society have been seen to shape-shift both publically and privately.
It is the repulsion of DNA types. Some Mediums carry out a practice called ‘Transfiguration’ where their image changes to that of the person coming through them, this is a very similar occurence. It is a morphing of features.