Menu
No products in the basket.
£0.00 Basket

My new book ‘The Ancient Code – A Serpent Fire’ is now available pre-order from my website www.michael-feeley.com with an official launch date of 22nd March 2018. I will be having an official on-line launch on that date and will announce details soon. 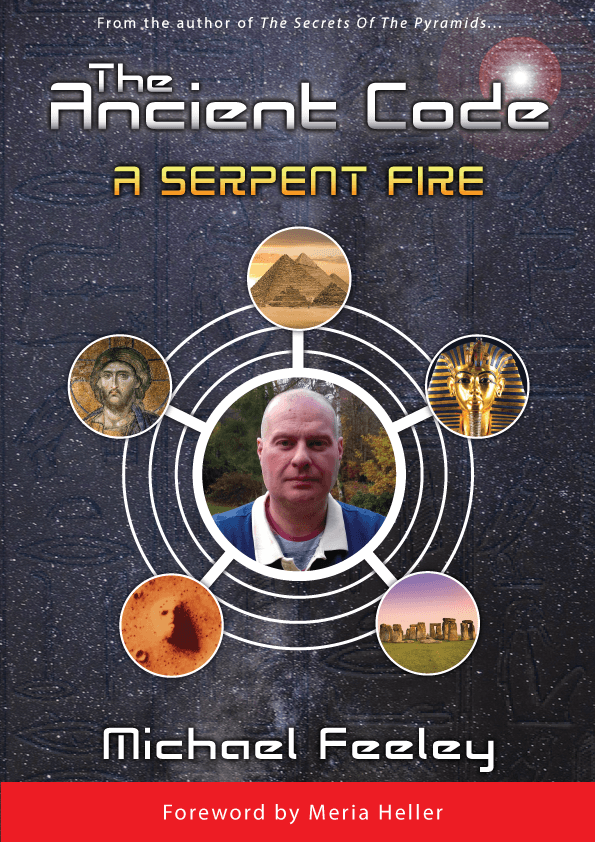 Michael Feeley is a former UK police officer and expert witness who uses 17 years of evidence gathering and investigative experience to decipher a secret and complex world of coded messages and languages used by the chosen initiates who hold the key that unlocks the door of knowledge.

Michael is also a multiple paranormal and UFO experiencer and a code breaker of hidden knowledge and encoded secrecy. Michael’s new book ‘The Ancient Code – A Serpent Fire’ not only exposes thousands of years of biblical and ecclesiastical secrecy but it also joins the dots of the advanced knowledge of the ancients, deliberately concealed from us by the priesthoods and secret societies who have successfully managed to hide the truth of ourselves away from us by means of metaphors and allegories masked behind a world of secret codes and symbols.

Michael has discovered and deciphered a bible code and other codes that span across the whole of the ancient world that informs the reader as to why such monuments as the likes of Pyramids of Egypt and Stonehenge were built and what they truly represent and also reveals the true identity of famous biblical characters such as Christ with many more such examples.

Michael demonstrates in this book how the Great Pyramid is really a representation of the anatomy of the human brain marking the position of the endocrine third eye system and that pyramid mathematics are actually numerical consciousness frequencies. Michael takes you into a real life Da Vinci Code mystery and deep into a world of brotherhood encoded messages and initiation languages spoken only by the chosen.

Join Michael as he awakens the Serpent Fire within you through the coded gifts left for us by the advanced pathfinders of the human race, providing the tools to a new level of enlightened consciousness by taking you to the very core and deepest essence of Egyptian and ancient advanced knowledge…

Thank you and best regards