Menu
No products in the basket.
£0.00 Basket
The Code… 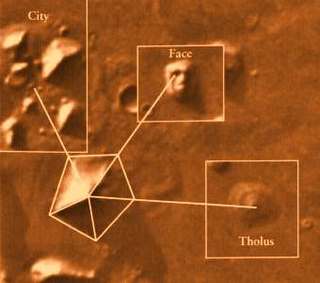 Mainstream educational facilities hide the truth because they themselves have had the truth hidden from them by many years of deliberate red-herrings. We have been taught the wrong things so often and for so long that we believe them to be the truth.  But there are an underlying group of initiates who know, but their aim is to keep knowledge to themselves for themselves so that they can rule over  us and our ignorance with ease.
So in keeping in line with previous blogs regarding mathematics and how it is really the universal language and the doorway to a higher octave, a higher place of resonance; let’s destroy mainstream fabrication.
On Earth we have famous monuments put there, or so we believe, by the ancients who knew many secrets to the make up of the cosmos and they used advanced mathematics to conceal coordinates of other monuments within the numerology of their own monuments and this extends to the planet Mars. Was this a GPS homing system for those from other worldy locations, a guidance system for them to find certain places?
So let’s analyse the mathematics between monuments and societies that we are taught were primitve. We use Greenwich in London as our time meridian, this is incorrect, the real Meridian is the Great Pyramid in Giza, the exact centre of all landmass of Earth.  These monuments are all connected by Grid-Vectors from Mexico and Peru, to England and Egypt and beyond that too.
Stonehenge in Wiltshire, UK, is a 360 degree circle that has 60 outer stones and 15 centre blocks. When we use the mathematical formula 360 x 60 it equals 21,600 which is a multiple of 51 degrees divided by 10 divided by 42.35 (51 degrees + 10 minutes + 42,35 seconds) this is the exact location of Stonehenge. 2160 is also in years the age of the zodiac sign transition, each sign rules for that period of time.
Stonehenge is 288 ft across which when multiplied by PI and multiplied by 15 (centre block number) divided by the square root 15 we get 52,562 which is the exact grid longitude of Stonehenge. 52,562 divided by 360 PI = a square root of 2160. Square root 2160 divided by 2 PI = the grid reference of the 3 smaller Pyramids in Egypt (adjacent to the Great Pyramid et al) which equals the square root 2.71 which is the megalithic yard (2.72).  360 divided by the Megalithic yard squared = the radius of the Great Pyramid itself.
When we use the 3 dimensional formation of the Great Pyramid using double PI we get 9929.184896 which is the encoded grid latitude of the Pyramid of Cydonian City on Planet Mars. And in addition to this the famous face on Mars has a grid latitude of 4523.893421 which when divided by the square root 2160 equals 97.3386882 which is the diameter of Stonehenge.  The Cydonian city is also an exact map overlay of Avebury in Wiltshire, UK. This correlation between encoded mathematical co-ordinates also extends to other Pyramids too such as in Mexico and elsewhere as well as other monuments/sacred locations around the globe. We have a complex yet beautiful system of coded mathematics of the advanced level that we arrogantly believe is patented by modern science; we are very much wrong.
It’s time to put down our school text books and learn the truth…