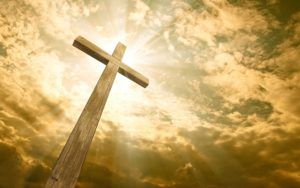 There’s a knock on the door, who is it?  Oh it’s the Jehovah’s witnesses. Is that the door again, oh it’s just the Mormons. You are now entering my domain and imposing your beliefs at my door.  What’s the headline news today, someone just committed genocide in the name of a peaceful God!

The neo natal child, quick let’s teach them what to believe, it must be what we believe, they won’t know any different, the indoctrination has begun. School time assembly, let’s force them to hear this and taint their minds before they have had the chance to be children, no opportunity to decide for themselves we have decided for them!

The total giving of ourselves to ancient prophets, who walked the Earth, healed the sick and died for our sins we are a population completely hypnotised by belief, belief in the misrepresented, the false and completely misunderstood, we are holding the stick at the wrong end. People of the book, believing what they are told to believe, not asking the questions and not seeking any answers, a mind under the chains of ultimate rent, a vacated property; unfurnished.

The stories of the bible and others are really talking about the human body and its processes and not real individuals who are sold to us as saviours, there are no saviours only ourselves. That will stir emotions within many and they will respond with hate and annoyance but it’s time to get real!

In my new book ‘The Secrets of the Pyramids – A Message for Humanity’ I have taken the most famous biblical characters and I have shown how they are really an aspect of the workings of the human body and our own essence. Each of these characters are in fact ourselves or an aspect of ourselves from birth and through our lives as our mini universe within exists unseen. I have analysed the words and I have discovered their meanings and I have genetically joined the dots.

Whilst the world waits in disarray for the arrival of the saviour, dependent upon him to repair the mess we have made, passing on the responsibility for our own misgivings and bad management, those who created these belief systems shake each other’s hands; rub their palms together holding onto the smile of smugness and say that’s a job well done!