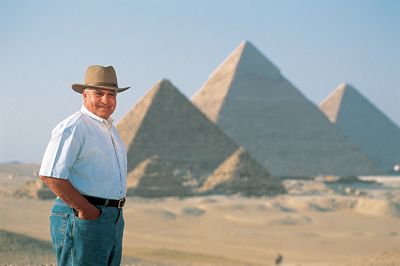 We’ve all been there with our remote control flicking through the channels to see what takes our fancy. We’ve all stopped when we’ve seen a programme about Egypt, the promise of some facts and the promise that we will at last be told just what the Pyramids and Sphinx were actually built for.  This has been one of the great mysteries of our time and many vanished times that have gone before us.

We are unsurprised when we see the icon that is Dr Zahi Hawass, the hat wearing expert in his field who will tell us again that the Pyramids were built for burials of the Pharaoh’s; built for their passage to the afterlife surrounded by treasures so vast they filled the small tombs.

But what if, just what if everything that we’ve been told about this fabled land and culture was deliberately misinterpreted to keep us in the dark about their real reasons and their true message. What if these monuments, the most famous monuments in the world, have left us a message, a path to greater things?

I have spent much of my time getting visions and theories and then researching them to find that those visions were correct and I have come up with a completely new concept for the Pyramids and Sphinx, Egyptian Gods and their advanced knowledge that has been kept from us by a group of aristocracy that wish to take advantage of this great knowledge for themselves. During this process I have had scarab beetles manifest out of my living room wall and a pure light serpent slithering away from my feet, both highly significant in Egyptian circles.

I have used 17 years of police investigative training to find new evidence from different locations and put it all together in one place so that everyone who wishes to know these things can find it easily! And I am proud of what I have revealed, not only for my own cravings and need to know feelings but for the cravings and desires of others too.

I can say categorically that the Pyramids were not burial tombs and I can say categorically that the Egyptian Gods are metaphors for something much greater than we realised.  I can also tell you what the Sphinx is symbolically doing too and why it positioned where it is. I can also reveal the star alignments of the Pyramidal shafts too, and I do reveal all of these things and that’s just the start.

I contacted the Egyptian Museum in Cairo to offer to pass this information on; to offer them some new information, I have contacted many mainstream Egyptian outlets and I have made this offer in other places too. It came as no surprise to me that I received no response from establishments too scared to rock their income boats and too fearful to listen to an alternative evidence that would inevitably force them to have to change their view and teaching foundations, so embedded they did not want to hear.

I will reveal these secrets and i will reveal them soon and the new evidence that I have collated is breath-taking and amazing and if it should find the right eyes and ears it will turn the previous teachings upside down after throwing them a full 360 degrees first!

I hope that you enjoy my new book ‘The Secrets of the Pyramids – A Message for Humanity’  because that’s exactly what we have, we have a message left for us that has survived and weathered time for thousands of years. 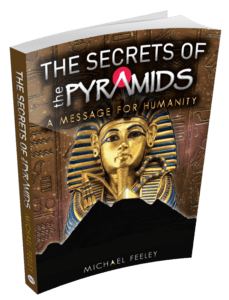